A GIFT FOR DEBBIE

As it appeared in the Herald Times Newspaper June 28, 1998

It may sound unkind to say, but  Debbie’s eyes did bulge outward like a bullfrog’s.  There were times when I got this weird feeling that they would pop right out of her head and roll around on the  floor.  That was  a most upsetting 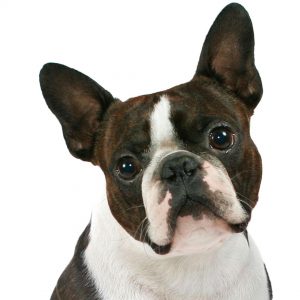 thought, especially at the table. And there were times  when I was overcome with an urge to shout at her, “Put your eyes back in you head!”

But I  did not, by an act of unkindness of mine, want to twist a young mind still in the developing stage.   She was a loveable, affectionate sort and, so being, she  got her feelings  hurt quite easily.  I would have hated for her to blame my treatment of her for any mistakes she may have made in later life.

The mere sound of my voice in ordinary conversation would arouse such tender feelings in her that she’d trip happily toward me on her tippy-toes, begging that I leave off with words and play with her.   I really didn’t have that much time then.  But how does one make the young and innocent understand that earning a living in our time leaves only a few minutes and little energy for play at the end of the day?

Still, she was always the first to greet me on my arrival home.  The love that had welled up in her during the day would burst forth in the happiest of greetings.  She’d run and jump with joy, and indistinguishable but happy sounds would emanate from her throat.

Impatiently she waited while I removed my coat or put down my briefcase. Then she’d race for the kitchen where her tiny feet would set up a clatter of sound on the ltile floor.   Eyes almost bulging from their sockets she’d watch me spread butter on a slice of bread.   How she loved that simple treat — bread and butter.

That was a boyhood treat of mine too.  Home from school and ravished from the day’s activities, it used to carry me till supper.  Neighborhood kids, the young sons of European immigrants, used to trade such treats.  I especially liked Portugese bread over my mother’s Italian bread.  With a thick layer of butter, Portugese bread was a delicacy the like of which I have never enjoyed since.

But that delicacy  had gone out of vogue long before Debbie  had come into the world. But for Debbie it was like a piece of birthday cake every day.  My offering was as good to her as Portugese bread and butter was to me so many years earlier. That  I would make this gift, this time,  for her every day thrilled her, I suppose,  equally as much as that treat had thrilled me.

There were times, especially at the end of a long and trying day, even her dedicated  affection annoyed me.   At the table, for example, rather than sit and eat quietly, she’d stretch high on her toes and skip around like a spoiled kid.    And she’d end up at my knee, begging that I should put food in her mouth.  Because of stress and fatigue this was sometimes burdensome to me, and I would scold.

Dejected, head down, bulging eyes cast floorward, mouth dipped sorrowfully at the corners, she’d sit quietly.  The sight of her like that never failed to bare my conscience and turn my throat into the equivalent of stiff, rough sandpaper so that not even the most tempting and delicious foods would go down it anymore.   And, too late, I would remember that the lack of love and forbearance does exact an excessive cost.   Not only does it bring hurt to the one who loves you, it also destroys something within yourself.

Remembering  Debbie right now I realize how short a way I have actually come these many years along the road of love and  forbearance.  And I am reminded  that love indeed is a burden,  and that even though someone who loves me  has failings and shortcomings, I should be forbearing.

I should never have poked fun at Debbie. She was not the only one in the world with pop eyes.  I should never have scolded her for her careless table manners.  The world is full of bad manners at and away from the table. And when she was so full of life and love I should not have allowed my workaday cares to discourage her joy.

On the way home from work one evening I got to thinking about how I had mistreated Debbie and decided to show her that I did care, that I did love her.   I would buy her a gift.   “Yes,” I said to myself.  “I’ll buy her a new flea collar.  She’ll like that.”